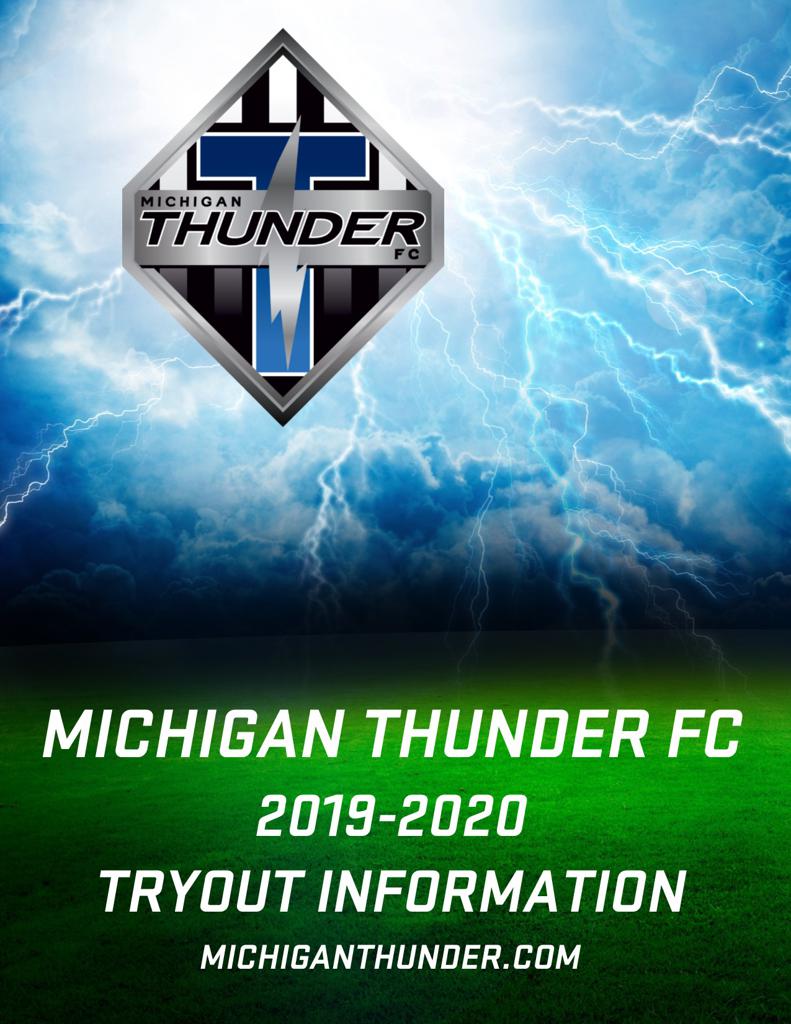 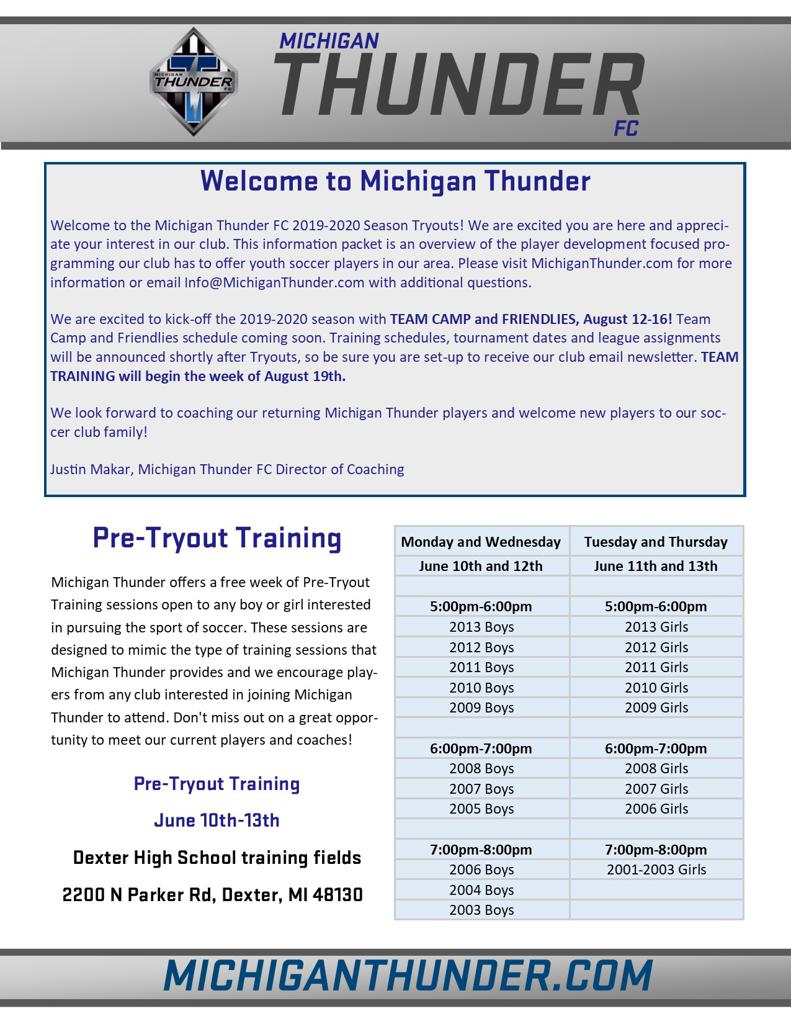 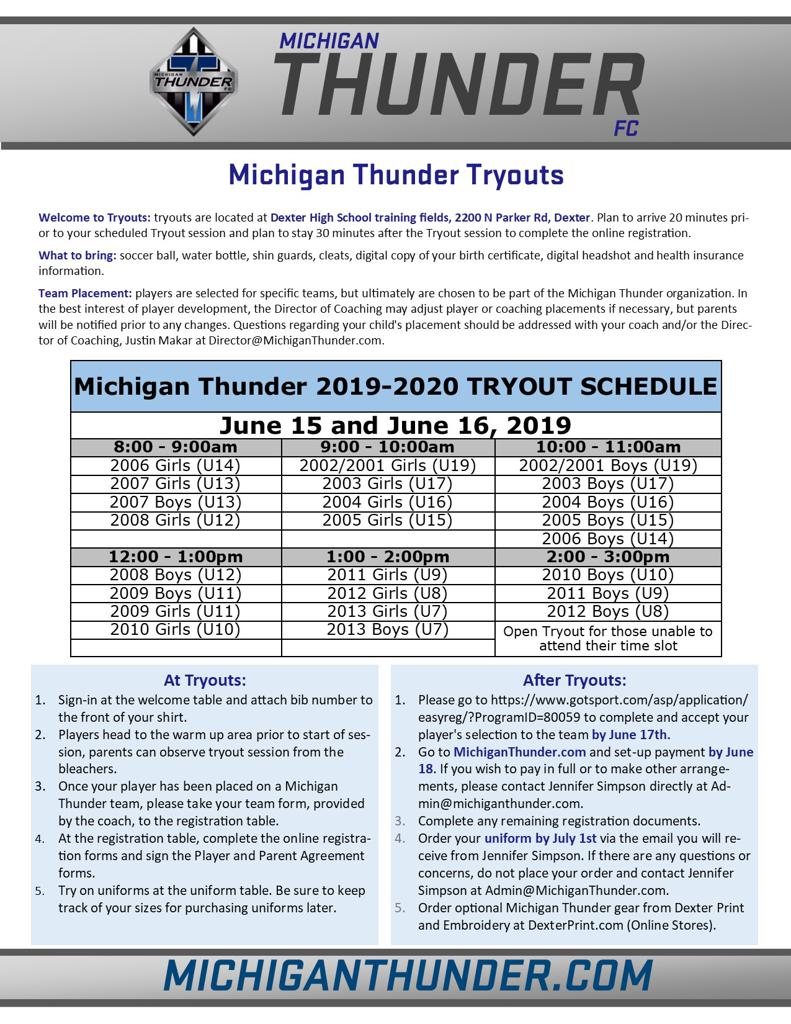 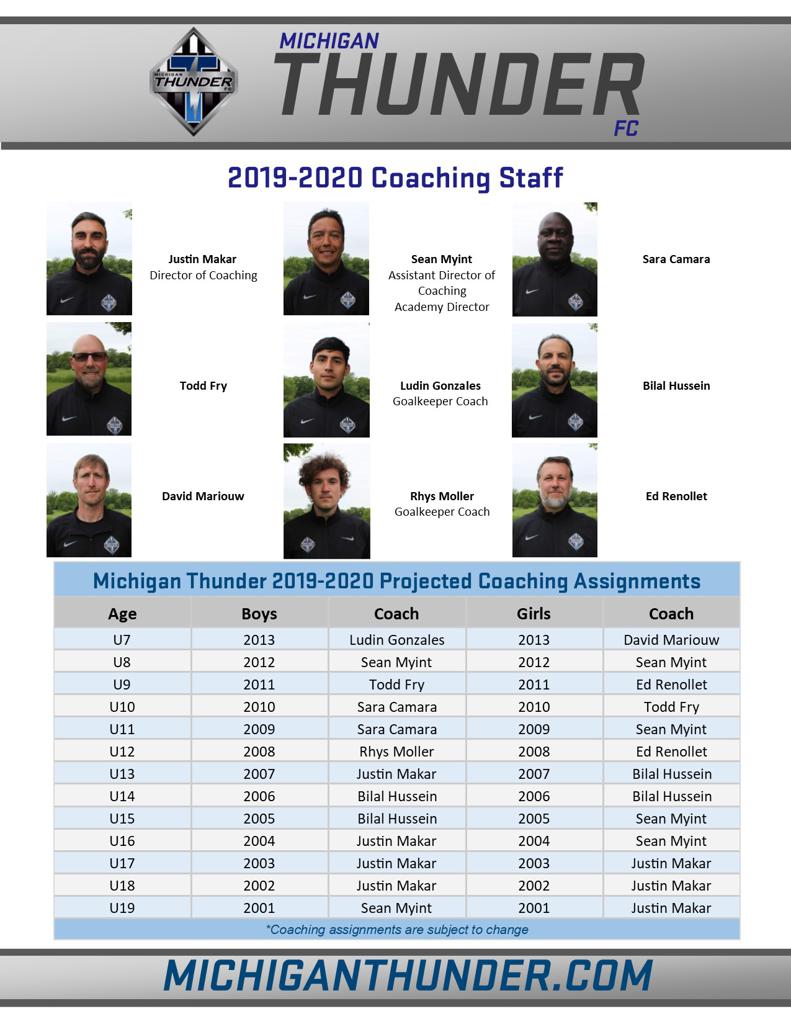 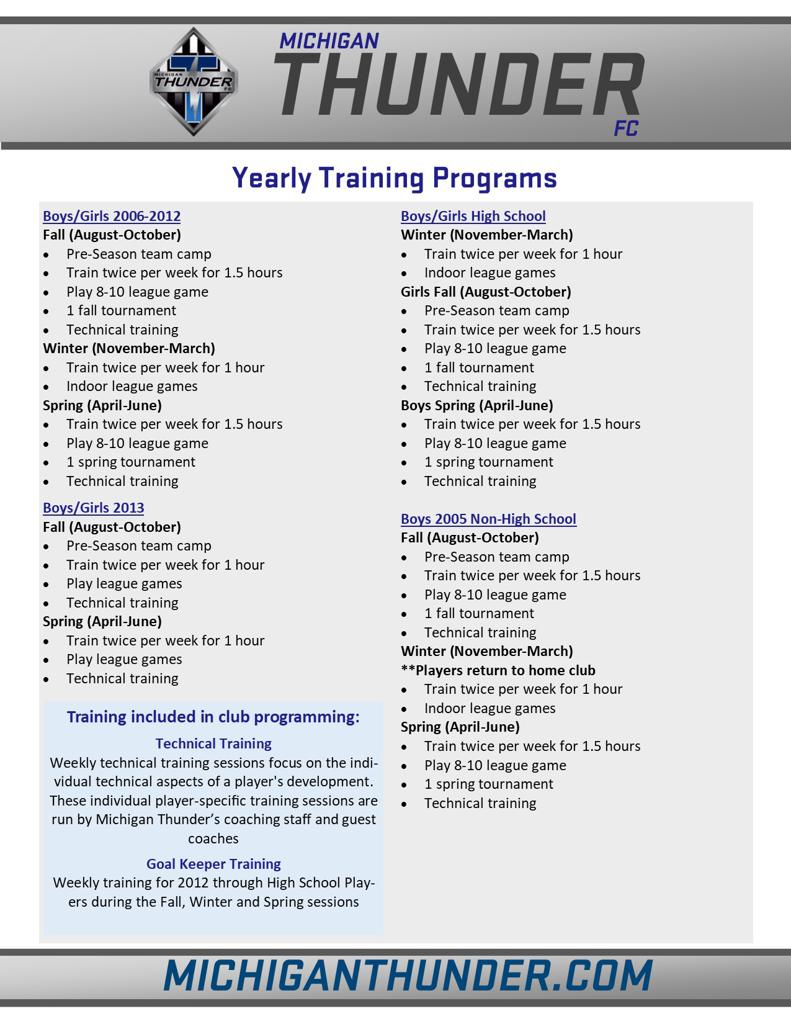 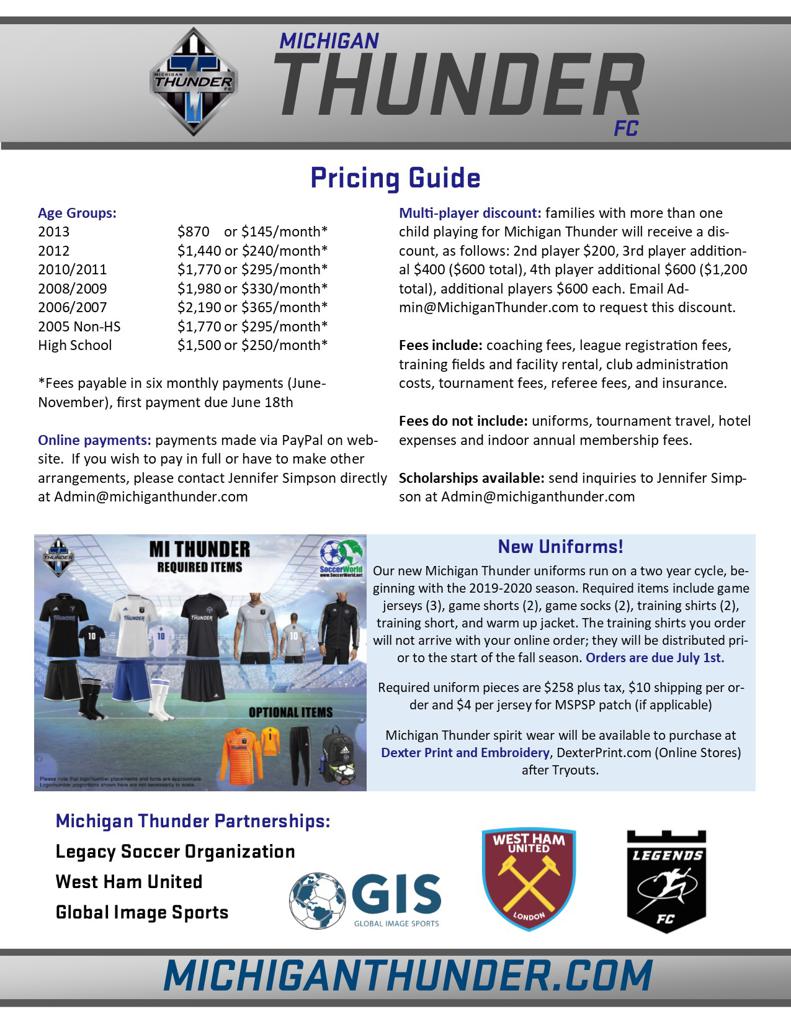 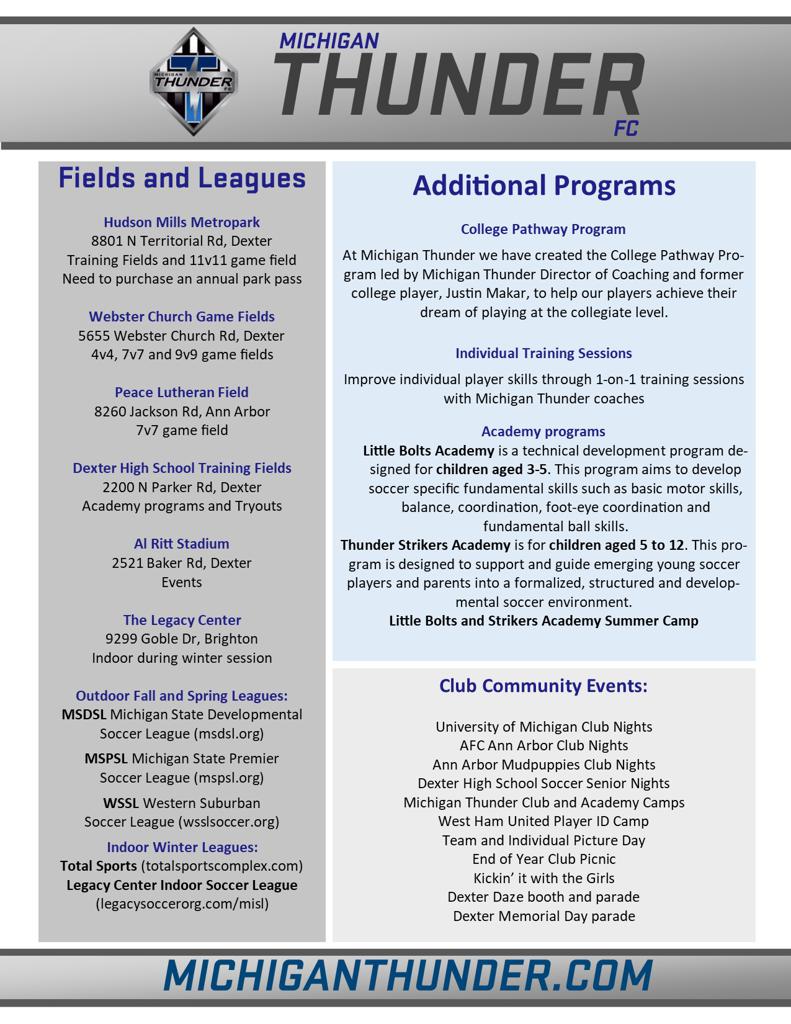 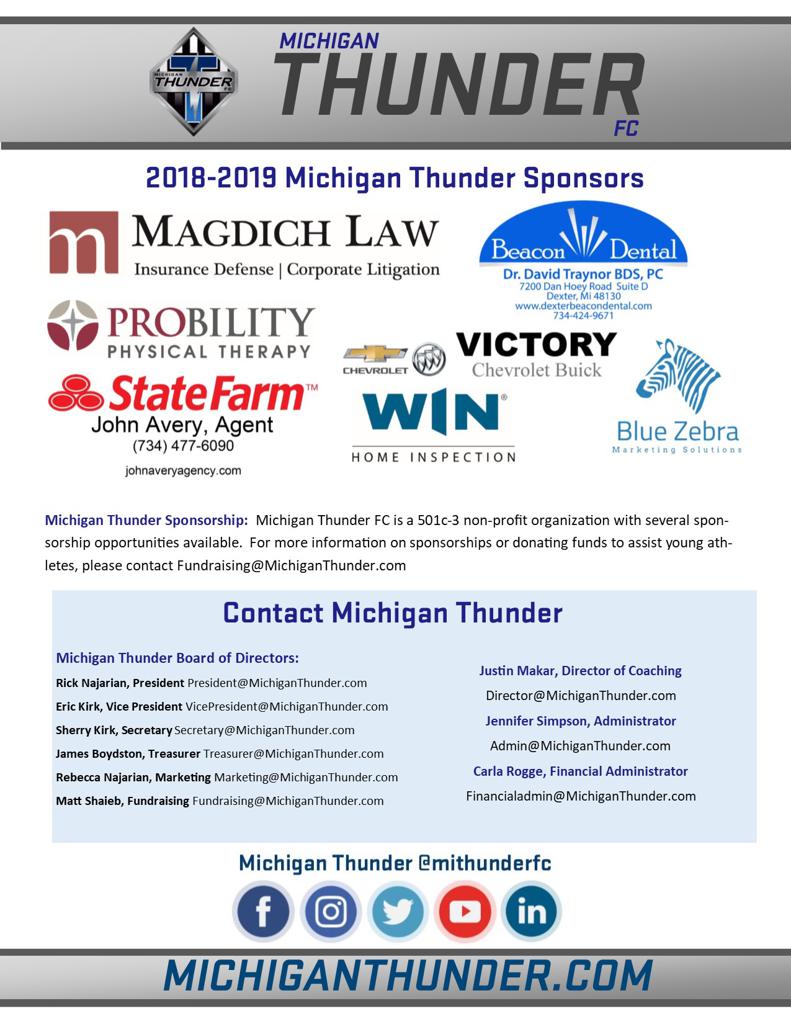 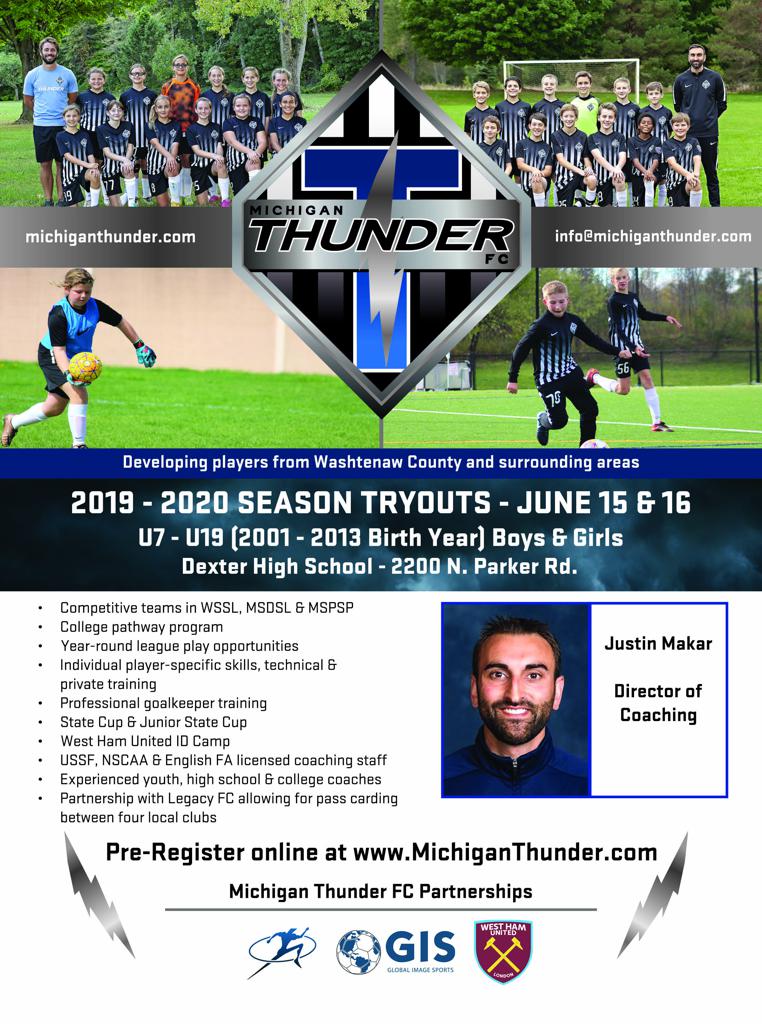 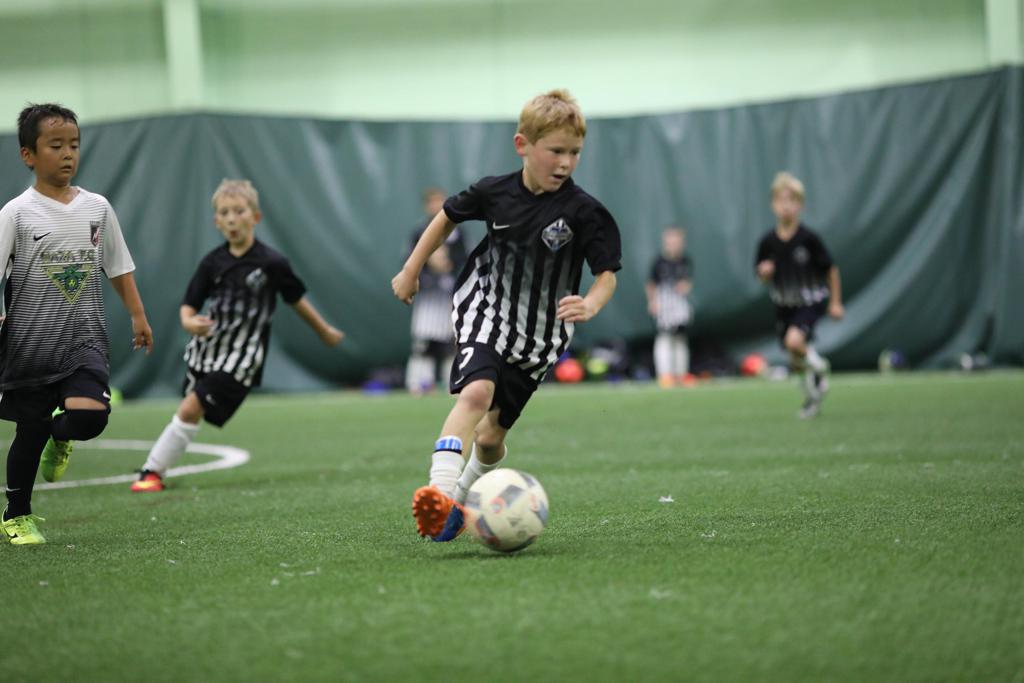 What U are you? 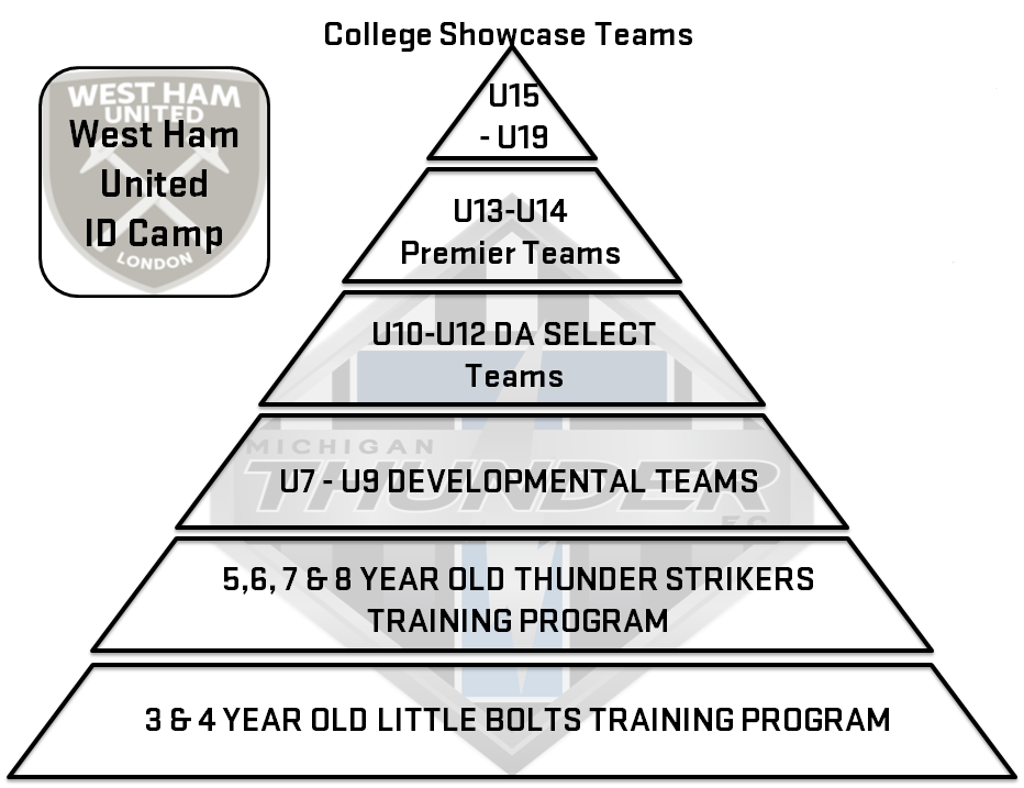 The Michigan Thunder tryout registration is open for the 2019-2020 season!

Michigan Thunder FC is dedicated to focusing on the future of player development and player pathway opportunities to provide the ultimate all-around soccer experience.

Michigan Thunder FC has player development partnerships with Nike Soccer, GIS and progressed its current partnership with West Ham United.  We have also redeveloped our club philosophy, coaching structure, and DNA based on our new partnerships. The club will be overseen by the club's Director Justin Makar, as well as directors for the boys, girls, and goalkeepers, working together to provide the most specific developmental plan for each individual player.

During the past year we have had a number of successes with over 10 club players being invited to the West Ham United National Camp, with 3 of those players being invited over to England to train at the West Ham United Academy. Over 10 players were identified at the FC Barcelona camp with 4 players flying out to train in Barcelona. Our U18 boys had a number of successes which included winning Premier 1, beating top 25 ranked NAIA college team and having a number of players commit to play at the collegiate level. We have also had a number of teams win their divisions and tournaments.

The club also offers the Thunder Strikers and Little Bolts programs for newer soccer players ranging from 3-10 years of age that enables players to be introduced to this beautiful game. This year alone we had over 300 players come through the program, with over 30 players graduating into the travel side of the club for the winter and spring seasons.

*Players are assigned to their birth year as the primary team.  Any special consideration will be at the exclusive decision of the club director.*

Join Michigan Thunder for the 2019-2020 season, we look forward to having you with us! 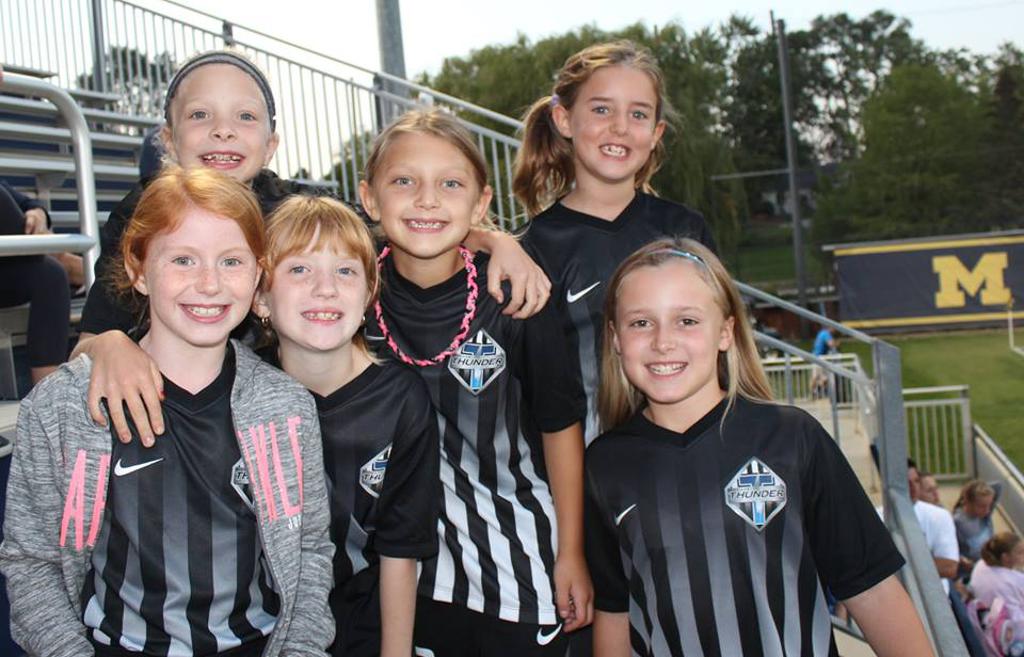